My boys and their father brought home chocolate moose tracks ice cream one night, acting as if I was the only person on Earth who hadn’t tasted this heavenly creation.  For the few other Earthlings who may not know what this flavor of ice cream is made of I will expound.  It’s very dark and creamy chocolate ice cream with mini peanut butter cups and ribbons of solidified chocolate all through it.  The goal when scooping it into dishes is to make sure everyone gets some chocolate bands, preferably with chunks of dark chocolate attached, and lots of the peanut butter cups.  It’s not hard to do.  The brand we buy is loaded with chunky artery clogging bits of gunk and it is…yes, I’m going to say it even though it will make me cringe…TO DIE FOR, for chocolate lovers anyway.  It also goes really, really well with take-out pizza.

We have a too frequent habit of eating take-out pizza on Friday nights.  It’s so nice to throw the vegetarian and organic, grainy and wholesome scratch made food to the side and let it go for the evening.  I rarely buy junk from the store for my family but don’t even factor in how ridiculous it is that we think anything goes on the weekends.  Just so dumb.  It’s always been that way, and Moose Tracks is our new Achilles Heel.

I have been putting my husband’s digestive system through the wringer since December when he had colonoscopy scheduled to see what is still going on with his body even after gallbladder surgery. His doctor decided to hold off on any tests and just see what foods bother him.  We cut fats severely again for a while but when he didn’t feel much better, at the request of one of his doctors, we did the opposite and tried to see which foods were making him feel bad by trying out different things.  Highly scientific, I know, but since his problems are related to his disability, he is seen by military doctors and the govt. pinches pennies where they can.

Any form of fast food makes him sick anymore, so it’s been ages since he’s had a burger and fries, but we have had Mexican at a Mexican restaurant with all the fixin’s and he had no problem.  Homemade burgers and fries didn’t bother him, go figure, so it’s been tricky.  He had been having raisin bran every day for probably the last two years to get his fiber intake, but all of a sudden it was wreaking havoc with his system.   I have spent the last two months doing what I can to make him sick, to his delight. Not much of what I make at home bothers him.  Pizza, soda, moose tracks nights definitely give him problems but not as much as peanuts, in general, he has figured out the hard way.  We haven’t tried plain peanut butter, just nuts.

I was putting enough milk in the grocery cart one day to get us through the week without a mid-week run for more, when I realized that to make a gallon of yogurt and have enough milk for the four of us to eat cereal every day it was costing us $14 a week.  14 dollars!!  I was stunned.  My husband and I went nearly 12 years without drinking or consuming milk because of the theory that adult bodies do not need it and the homogenization process is what some believe is the leading cause of artery blockage.  When we were low carb eaters, for five years we didn’t touch it.  When had we become so dependent on the one thing we had been so adamant to avoid?

I think I know.  It was the wonderful creamery just outside of town that did it when we started buying milk the week we quit Atkins dieting and were so excited to be able to have the convenience of a bowl of cereal every day rather than having to cook three full meals.  Frequently, the creamery runs out of milk and we would realize that we had driven all the way out there for nothing.  For the last two years, with off and on creamery buying spurts, we have chosen, for convenience, the option of grabbing regular homogenized milk from the store when we need it.  Actually, I remember now that this began when my husband had surgery and was allowed only very little fat.  Skim milk and fat free half and half for coffee were the only option at that time.

When I had this epiphany, standing in the dairy aisle surrounded by gallons of milk, I put all but one gallon for yogurt making back on the shelf and took our pre-made breakfast cereal boxes back to the cereal aisle. That was it, I was done. Boxes and boxes of high priced cereal were another thing we had been spending a fortune on every week. We were eating a lot of cereal.  To replace them, I added steel cut oats, rolled whole wheat hot cereal, buckwheat flour, and natural organic maple syrup to the cart.

With a little farm full of pet birds who, as an added bonus, drop us a passle of beautiful fresh, farm-raised eggs every day I wondered how I had gotten so far off track from cooking healthy whole foods for my family for breakfast.  I had never stopped completely, but realized I was out of control.

My new plan was to start buying creamery milk again because even store-bought organic is homogenized.  Over the last couple of years I had tried alternative sources of milk, primarily for adding to our cereal.  I had switched us to almond milk for a while, even making it at home by the gallon, but my family just couldn’t get used to it.  Then there was the whole goat milk fiasco when we realized, after I learned how to milk my neighbor’s goats and thought I was finally ready to have the dairy goat farm I have always wanted, that none of could tolerate the “goat barn” taste of the milk and that drinking something you have just squeezed from a warm-blooded mammal can make you feel kind of squeamish, to say the least.

On Monday, I was exhausted and overstimulated from a weekend away with my family when I realized that if we were going to eat for the week I had to drag my butt and my worn out kids to the grocery store.  Organic coconut milk.  On sale for the same price as organic cow’s milk.  Long trip out to the creamery for $6/gall. milk.  Gas prices up again.  We are going to try coconut milk, I decided on the spot.

Organic yogurt was on sale, so that meant I wouldn’t have to make it.  Yes, it was vanilla, yes, it had sugar in it, but I was tired and both of those ingredients made my children happy.  We sometimes add vanilla and turbinado to their plain yogurt anyway, so in the cart it went.

When I got home and explained the situation to my husband, he agreed that cutting out milk to see if he felt any better was the sensible next step.  We have never found any reason to cut out cultured milk such as cheeses and yogurt since I have been told that cultured milk does not have the same effect on homocysteine levels in the body as plain homogenized milk so as long as they don’t bother him we will continue to buy them.  A good suggestion I read while researching the subject, however, is to buy imported cheeses that are of better quality and have more natural cultures and enzymes in them.  No problem.  If I’m saving money on cutting back on buying the toxic form of dairy then I don’t have to avoid the imported cheese case I love so much in an attempt to keep my grocery bill down.

So this brings us back to moose tracks.  How shall we live without it?  Ditching the pizza is a cinch.  As long as I make pizza with whole wheat from scratch or other healthy fun foods to nibble while watching movies together we do just fine.  But the ooey gooey junky ice cream and other Fun Family Friday Night treats we love?  And…Easter is upon us so there is our favorite treat, Reese’s Peanut Butter Eggs, available simply everywhere this time of year.  Well, I think I just found the solution and I am SO happy…and satisfied.

I whipped us up a healthy chocolate peanut butter shake in my trusty little mini blender and it did the trick.  If you ignore the fact that it’s smooth with no chocolate chunks and mini cups and not icy cold, you may just feel as if you are sipping a blended bowl of chocolate moose tracks ice cream.  I can’t wait till Hubby gets home tonight to see if he likes it as much as we did.  And it’s high time we see if peanut butter or just the whole nuts bother him.

Oh, and everyone is very happy with the switch to coconut milk.  Let’s see how long we can hold out and if our health improves.  I am a huge fan of coconut oil and coconut products in the diet.  I don’t see how we can go wrong.  Hubby is feeling better, but he is also on a new medication so it’s hard to tell just yet if it’s the milk switch or not.

2 tsp. turbinado sugar, optional.  I did not add sugar to mine and it was just fine with only the sweetness from the yogurt and vanilla coconut milk, but my boys appreciated the bit of sugar in theirs. 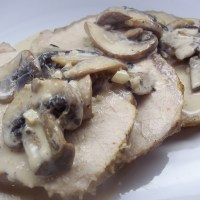 Warning: file_put_contents(/home/content/66/11712466/tmp/etsyEdibleTapestry_cache_edibletapestry.com.json1176058382.tmp): failed to open stream: No such file or directory in /home/content/07/14001707/html/edibletapestry/wp-content/plugins/etsy-widget/etsy-widget.php on line 165