There are really only a few cakes that I don’t like.  German chocolate is one of them, ick.  I don’t know who thought that one up but my German mother has always said that she never had it or even saw it while growing up in Germany.  But because I like cake so much,  it’s no surprise that I like pound cake.  I always say, they don’t call it pound cake for nothing!  I can’t have it around or that pound will very quickly find its way to my hips.

My favorite has been a cream cheese pound cake that is sold at a restaurant I used to work in.  Before I even started working there, it was one of my splurges.  I wondered, being around it all the time once I was hired to cook there, how I would resist the temptation to order it often.  When I found out all employees received a free dessert coupon once a month I knew I was in trouble.  When my husband started working for the same company, but in a different department and received a monthly coupon as well, we realized the coupons were a good thing.  We were able to hold off on our splurging until the once-a-month coupons were handed out and I would bring home our treats in those flippy-lidded, styrofoam boxes.

It’s been almost 3 years since I worked at that restaurant.  I have had the pound cake once in that time.  This weekend, when we went strawberry picking, I decided enough was enough.  It was time to come up with my own version to use to make strawberry shortcake as the restaurant did also.  Big mistake.  I had a piece this morning for “breakfast” with a hot cup of coffee.  Shhh…don’t tell my kids.  All respect will be out the window and out of guilt, I’ll have to say yes the next time they ask for sweet cereal at the grocery store.

This one, fortunately, only requires a half pound of butter, because cream cheese is also used, not a full pound as traditional pound cakes require.  I wasn’t confident enough to break out on my own to make it and wanted it just right, so adapted a Sour Cream Pound Cake recipe that I found of Paula Deen’s.  It turned out just the way I like, crispy edges and all.

Heat oven to 325 degrees.  Grease and flour an angel food pan or bundt pan.  Cream together butter and sugar.

Sift together dry ingredients.  Add alternately to creamed mixture with eggs, beating in one egg at a time.  Pour into prepared pan.  Bake 1 1/2 hours or until toothpick inserted into center comes out clean.

Allow to cool in pan on a wire rack for 20 minutes.

Invert onto rack until completely cooled.

Mix together confectioner’s sugar and water until smooth and lump-free.   Drizzle icing over cake.

Allow icing to dry before serving. 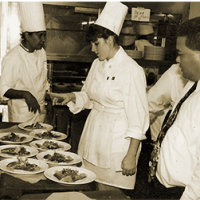 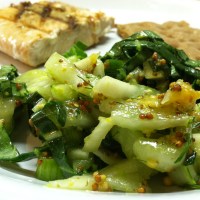 Warning: file_put_contents(/home/content/66/11712466/tmp/etsyEdibleTapestry_cache_edibletapestry.com.json1058087610.tmp): failed to open stream: No such file or directory in /home/content/07/14001707/html/edibletapestry/wp-content/plugins/etsy-widget/etsy-widget.php on line 165