You wouldn’t believe how much cinnamon I have already used this fall.  I’ve had to restock my dried ginger, as well.  And with  Thanksgiving and Christmas on the way, my stash will continue to dwindle.

The batter is a nice & easy sift, mix, fold version that can quickly be spooned into a bundt or loaf pan and baked while coffee brews or cider…mulls.

I have used white flour when serving them to others, but for my family I swap the white for whole wheat and turbinado for the not so healthy sugars before spooning the batter into muffin papers.   Olive oil is included in most of my baking these days.  For something spiced up and sugary like this cake, it adds a nice richness with no bitter flavor, and some serious moisture.

Line baking dishes with parchment paper.   This recipe makes around 12 muffins, or a loaf pan of cake.

Sift together the first 7 ingredients.

Fold the wet ingredients into the dry.  Spoon into baking dishes.

Beat together the sugars, applesauce, vanilla, oil, and eggs.

Bake for approximately 35 minutes, or until a knife inserted into the center comes out clean.

I have to admit.  This was my first.  I made it months and months and months ago.  Like a dork, I forgot to write down how much cornbread I had used in the recipe and haven’t been able to post it.  Like an even bigger dork, I didn’t notice that I had taken a photo of my measuring cup full of cornbread.  4 cups, right there in the picture.

Though I prefer stuffing made with French bread, the French bread being the thing I’m supposed to be making right now for my Thanksgiving stuffing while I sit blogging, I do love cornbread stuffing.  It just doesn’t belong in my Thanksgiving turkey.  For those who are die hards, I thought it would be a good time to post the recipe I came up with to go along with a roast chicken I made those months and months and months ago.

I usually make Sweet Southern Cornbread for my family.  We don’t like the dry corn pone stuff.  It’s way too sweet for a stuffing though, since it’s more like a yellow cake.  For this recipe I used one right off the back of my self-rising corn meal bag.  It was ideal.  So dry it could hardly be eaten without slatherings of butter, almost tasteless and lacking any sweetness whatsoever.  It made a very good stuffing but the rest went into Raspberry Cornbread Pudding, which was born out of necessity.  It was either create a dish with all of that dry cornbread or toss it to the chickens.   I would have thrown the pudding to them if my boys hadn’t liked it so much.

Salt and Pepper to taste

Season with salt and herbs.  Add one cup stock.  Simmer slowly for ten minutes or so.  Add cornbread.

Stir in remaining stock.  Season to taste.  Spoon into a casserole dish and bake for one hour. 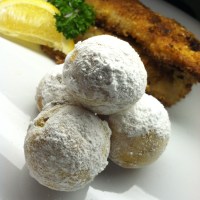 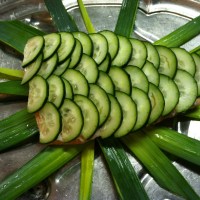 Warning: file_put_contents(/home/content/66/11712466/tmp/etsyEdibleTapestry_cache_edibletapestry.com.json330153414.tmp): failed to open stream: No such file or directory in /home/content/07/14001707/html/edibletapestry/wp-content/plugins/etsy-widget/etsy-widget.php on line 165